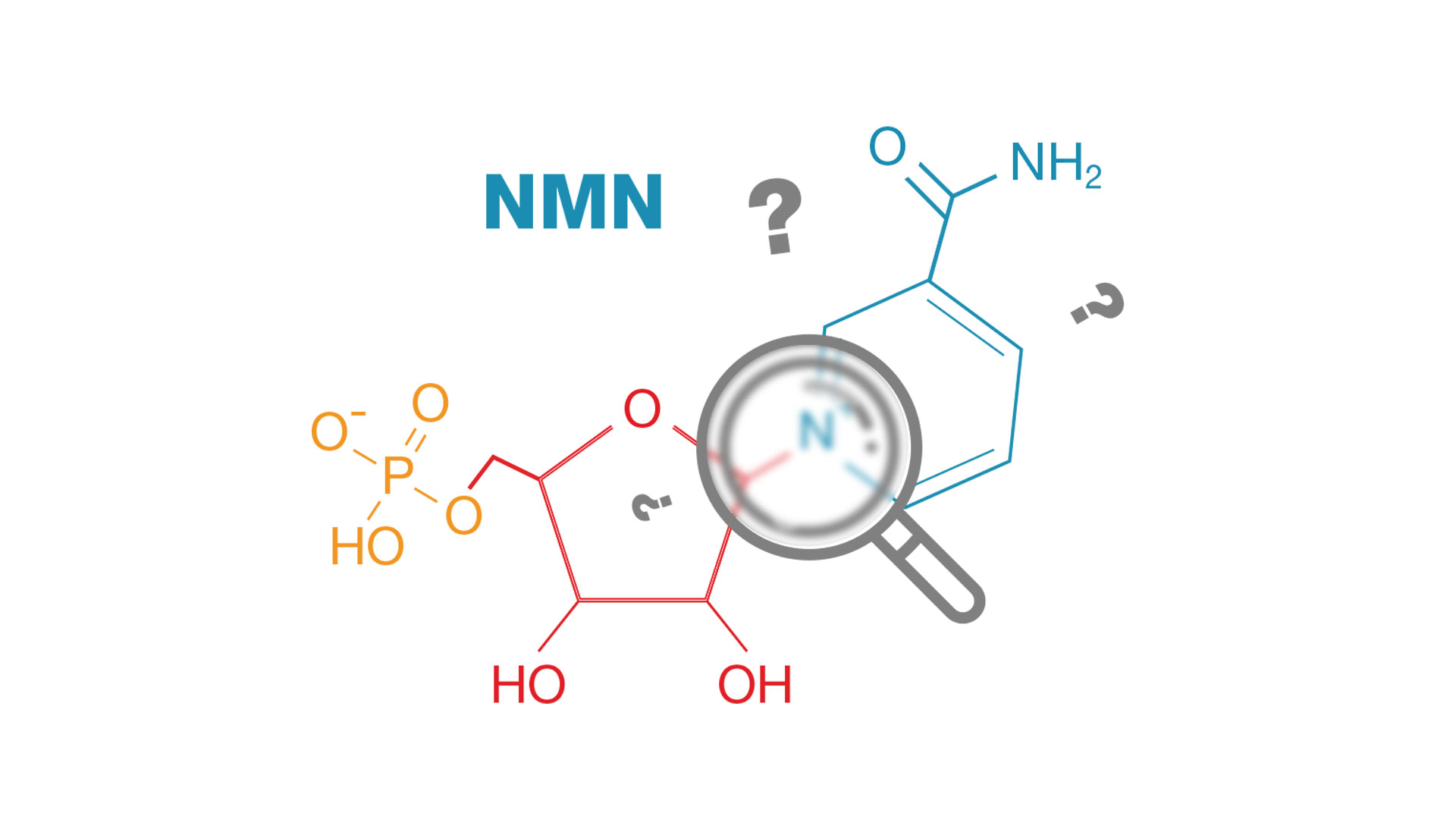 Thanks to modern medicine and advances in public health, the world’s population is living longer. The number of people aged over 80 will triple in the next 30 years, according to the projections of World Population Prospects 2019 from the United Nations’ Department of Economic and Social Affairs (DESA).

However, a long life doesn’t guarantee a healthy life. Our body gets weak and frail as we age, making us more susceptible to diseases. Now scientists are investigating molecules  that have anti-aging potentials to help us live not only longer, but healthier.

Inside all of our cells, we make an important molecule called nicotinamide adenine dinucleotide, better known as NAD+. Our cells use NAD+ for a variety of purposes, some of the most important of which are to produce the energy that our cells need to function and to activate proteins that repair damaged DNA. As we age, the amount of this molecule declines.

Scientists believe that the decline of NAD+ underpins many of the health-related problems that we face as we age. If we could stem this loss, the thinking goes, we might both live longer while remaining healthier.

One way that we might sustain healthy levels of NAD+ is by supplementing our bodies with its precursor, nicotinamide mononucleotide (NMN). All cellular compounds are made in a way analogous to a factory assembly line, where each component is the precursor for the next one. To produce more NAD+, then, one needs more precursors like NMN.

Once inside an animal’s cells, NMN feeds into the production of NAD+, which provides cells with needed energy and is thought to be critical for healthy aging. NAD+ also plays a key role in activating proteins that maintain the integrity of our DNA. Given its central role in so many cellular processes, the potential benefits of NMN extend to nearly all body systems. Below are some of the better-known examples.

We rely on our skeletal muscles for movement, stability and strength. To remain strong and in good condition, these muscles must consume significant amounts of key energy molecules, like glucose and fatty acids. Because NAD+ is required to metabolize these molecules, our muscles need a steady supply of its building blocks, such as NMN.

Studies in mice have shown that NMN protects against numerous aging-related declines in health, such as the stiffening of blood vessels, oxidative stress, our cells’ ability to keep dividing, and even changes in how active our genes are, what scientists call gene expression.

Studies have shown that mice fed NMN for extended periods of time had better energy metabolism with no obvious side effects. The health of our muscles grows ever more important as we age and our own supply of NAD+ declines.

Reduction of Risk of Heart Disease

At least your skeletal muscles get to take breaks. Not only can your heart not take a rest, it can’t even slow its pace much without causing serious problems. The heart’s energy requirement, therefore, is tremendous. And to keep it ticking, it needs to make all the NAD+ it can. This is why cardiac cells need a steady supply of NMN.

Obesity is linked to a wide array of unhealthy conditions and can be very challenging to treat. There is no easy remedy for obesity and related conditions such as diabetes and metabolic syndrome. While lifestyle adjustments like consistent exercise and a healthy diet are of paramount importance, every little bit helps.

In mouse studies, NMN displays an effect that mimics aspects of calorie restriction (CR). Although CR has been shown to provide numerous benefits to aging and health, it is a difficult regime to maintain over a long period of time. Mimicking its benefits without adhering to such an extreme diet would be undeniably beneficial.

The NAD+ made from NMN activates a group of proteins called sirtuins. Sirtuins, sometimes thought of as the guardians of our healthspan, play a key role in maintaining DNA integrity. Each time our cells divide, the DNA at the very ends of our chromosomes grows a tiny bit shorter. At a certain point, this begins to damage our genes. Sirtuins slow this process by stabilizing those end bits, known scientifically as telomeres. In order to function, however, sirtuins rely upon NAD+. Recent studies have shown that feeding mice NMN activated sirtuins and led to more stable telomeres.

Simply put, we couldn’t live without our mitochondria. These unique cellular structures are known as the powerhouses of the cell. They convert molecules from the food we eat into the energy that our cells use. NAD+ is central to this process. In fact, mitochondrial anomalies caused by the loss of NAD+ may even impact neurological disorders such as Alzheimer’s. Studies done in mice have shown that NMN supplementation has rescued some mitochondrial dysfunctions.

Research in animal studies has shown that increasing NAD+ levels can reverse various age-related illnesses such as heart diseases, diabetes, and neurodegeneration. Boosting the molecule even extended the lifespans of yeast, worms, and mice. NMN’s NAD+-boosting ability in animals and its healthspan-promoting properties led scientists to believe in the molecule’s therapeutic potentials. Now, scientists are starting clinical trials to understand whether NMN is safe, how much we should take, and what it does to our body.

An international team of researchers ran the first human clinical study for NMN in Japan to investigate the safety of the molecule. Although the size of the Phase one clinical trial was small, the study showed that dosages up to 500mg of orally administered NMN is safe in humans, implicating a potential therapeutic strategy. The results appeared in the journal Endocrine, November 2019.

NMN’s safety as a dietary supplement has been proven in a number of FDA-approved clinical trials.

Other clinical trials registered with the World Health Organization (WHO) are also examining the safety and efficacy of NMN. In the US, researchers at Washington University School of Medicine are running a clinical trial to test NMN’s effect on cardiovascular and metabolic health with a daily dosage of 250mg. Another clinical study at Brigham and Women’s Hospital in Boston is also testing the supplement’s effects on the body and if there are any side effects.

Although researchers still need to conduct more studies to determine the efficient dosage for humans, clinical trials of other NAD boosters have shown that 1 gram of oral supplement every day can stimulate NAD+ metabolism in healthy middle-aged and older adults.

With clinical studies still underway, some scientists are confident enough in NAD+’s benefits for aging and are already taking supplements themselves.

David Sinclair, a Harvard professor who studies aging, talked about taking NMN to remain healthy and prevent aging on The Joe Rogan Experience podcast. Sinclair takes 1 gram of NMN every day, along with other supplements including resveratrol, metformin, and aspirin. When asked if there are any downsides of the supplements, Sinclair said he hasn’t experienced anything other than stomach upset so far, and to him, “anything’s better than what’s coming” — aging.

Safety & Side Effects of NMN Supplementation

Currently, no side effects of nicotinamide mononucleotide have been documented in humans. Researchers have conducted the majority of studies on NMN in rodents, which revealed positive effects on metabolism, brain function, liver, skin, muscle, bone structure, heart health, reproduction, immunity, and lifespan. Long-term mice study also showed no toxicity, serious side effects, or increased mortality rate throughout the 12 month intervention period.

A single study of NMN in humans reveals no safety concerns following single oral doses of 100, 250, and 500 mg of NMN. Five hours following the single oral administration of NMN, scientists found no changes in heart rate, blood pressure, blood oxygen levels, or body temperature. Laboratory analyses of blood did not show significant changes, except with levels of four molecules in the blood, which fell within normal ranges. This study also measured sleep quality, and found no differences before and after the NMN consumption.

Scientists need to conduct further studies of NMN administration in humans to determine whether side effects come from consuming it. Scientists could look at doses higher than 500 mg to find whether they induce side effects. Research could also look at whether long-term consumption of NMN causes side effects. 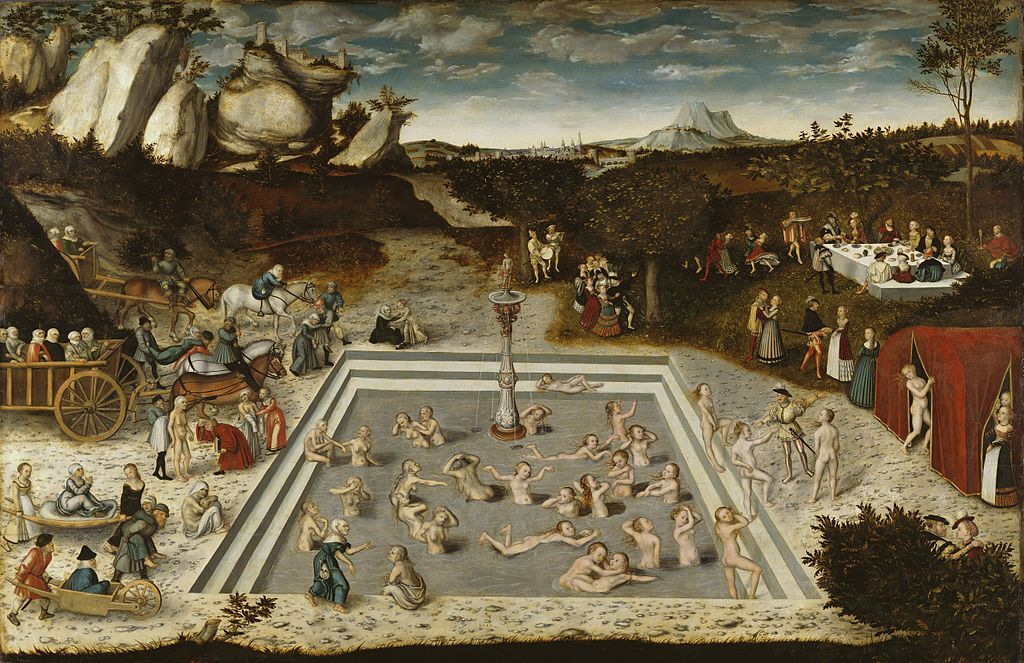 Recounted by various nations around the world for thousands of years, emperors and kings alike searched every corner they could reach for the Fountain of Youth. The tale remains a mystery to this day, but instead of explorers, scientists are on the quest.

Studies in animals showed NMN’s promising properties in NAD+-boosting and anti-aging. Now, researchers are moving forward with clinical trials to investigate the safety and efficacy of the molecule in humans. With the research efforts that are pouring into the field of anti-aging by institutions and private entities, researchers will start getting answers soon. To scientists, the ultimate goal is to develop treatments that slow, stop or even reverse aging — for people to live a long and healthy life.

(Note: This paper is quoted from NMN.com If there is any infringement, please let us know and we will deal with it as soon as possible. Thank you.)